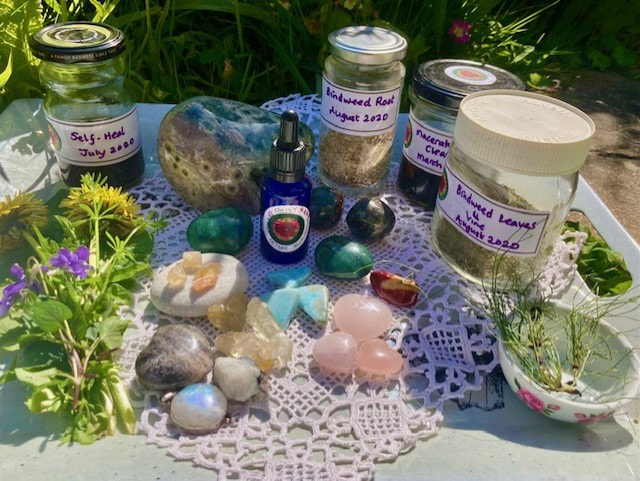 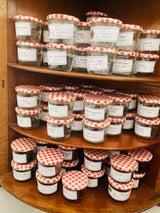 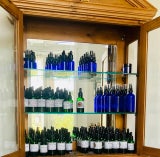 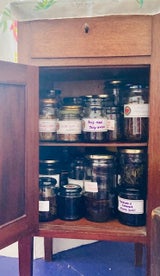 PLEASE NOTE THAT ALL POSTAGE IS TRACKED WORLDWIDE NOW

(DENMARK/GERMANY/AUSTRIA are refusing entry of any of my products because they are from the UK and they have draconian restricitons on pretty much everything! We have a solution, So if you are from these countries - email me via Contact page.)

Please specify who the set / individual components are for as everything is personally energised and made at the time of order.

Both the Vaxx-Poison Elixir and the Pregnancy Vaxx-Protector Elixirs are highly complex in terms of their ingredients.

The latter was created because there are ingredients in the Vaxx-Poision Eliminator that cannot be taken in Pregnancy. I was also guided to include special ingredients that strengthen both mother and baby during pregnancy. Thus I created a separate one (see here for full details of this).

I have created all of my High Vibrational Products Intuitively and this one is no exception! These two are, I feel, some of the most powerful ones I have ever made! The reason, I feel for the complexity and necessity of the high number of ingredients in these elixirs,are because of the equally complex and potentially highly destructive nature of the “Vaccinations” – or, more accurately “Gene-altering Injections” that Millions of people around the world have either been encouraged or forced or coerced to have.; thus a highly complex solution was required, I feel, to combat and heal the effects for people who have been adversely affected by the injection or by coming into contact with someone who has been injected and finding themselves “infected” by the shedding of the nano-gene altering particles, which is now known to happen.

I created the Vaxx-Poison Eliminator Elixir after a dear friend had had “the jab” and was feeling rather peculiar and not at all well. After carrying out a QHHT Session with her (Quantum Healing Hypnosis Technique), the guidance given was to make her an elixir. I had thought this was going to be my Magical Rejuvenation Elixir; however, when I returned home and began preparing to make this, on opening my cabinet which houses all the Mother Tinctures for both Gem Essences as well as the Flower Essences and Herbal Tinctures that I have created, I was drawn to my new Bloodstone Gem Essence, and was guided that I needed to make a Stock Bottle, from which the individual Elixirs for internal use will be made. So I set-to and started creating a 50ml Stock Bottle. The resulting elixir created exactly 50mls of concentrated Elixir.!

I have also used it, to great effect, after discovering to my horror that a young Air BnB guest who visited me a few weeks later (the man), had had the jab! I had been feeling not at all well the day before I discovered this, and immediately made a new stock bottle, and Elixir for myself as well as my friends who had been staying with me. By the following morning, I felt “as right as rain” and have continued with a daily dose of seven drops in water.

Both Elixirs are designed to not only deal with the physical removal of any poisons / toxins ingested into the body – whether you have had the jab or not, (we now understand that ‘un-jabbed’ persons can be ‘infected’ by the shedding of the nano-mRNA debris coming off people who have had the jab. There have been many reports of severe adverse reactions in people, particularly women, who have had the jab or been around women who have, in relation to either their menstrual cycle; a big increase in sudden miscarriages as well as adverse menopausal reactions. There have also been many cases reported of healthy un-jabbed individuals who have suddenly gotten ill or been feeling very spaced out; discombobulated and generally in a malaise after discovering they had been in the company of someone who had been jabbed.

Then, of course there are those who have actually had the jab and are suffering on many levels – physically; spiritually; intuitively; emotionally and psychologically.

So both these elixirs are for both kinds of people: those who chose to have the injection and those who chose not to. It is wrong to call it a “vaccination” as it is Genetically-Modified Gene Therapy.

All Elixirs are personally made and energised especially for you at the time of purchase. These are NOT off-the-shelf products: rather, they are created with the perfect vibrational frequency to enable your body; mind and spirit to heal on all levels.

﻿THEREFORE IT IS REALLY IMPORTANT: IF YOU ARE PURCHASING MORE THAN ONE ITEM, AS I PERSONALLY WRITE THE NAME OF THE PERSON THE PRODUCT IS INTENDED FOR AND THEN ENERGISE IT SPECIFICIALLY FOR THEM, PLEASE MAKE SURE YOU GIVE FULL DETAILS OF WHO PRODUCTS ARE FOR IN THE "NOTES" SECTION AT CHECKOUT. THANK YOU. THEN I CAN GET THE ORDER OFF TO YOU AS QUICKLY AS POSSIBLE.